Give Airlines Your Feedback 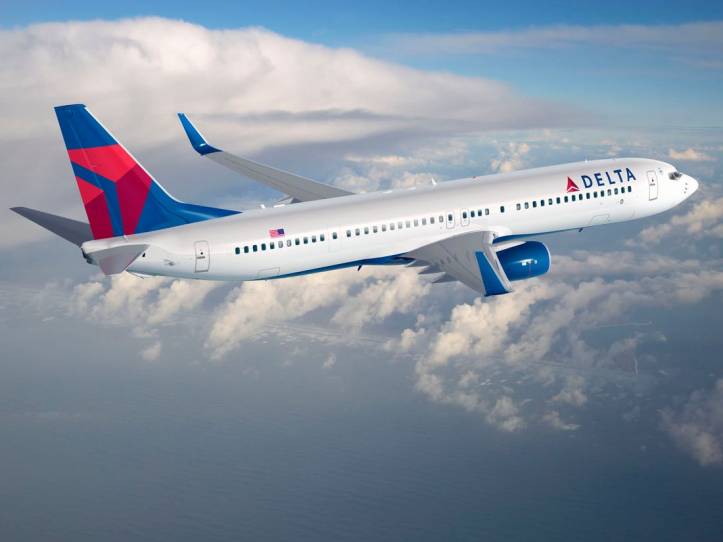 You may remember the petition I did a few years ago that I sent to Southwest urging them to remove peanuts from their flights. If you signed it back then, thank you so much, because it was people like us who made the Southwest decision to remove peanuts as a regular snack happen! As of July 2018, Southwest stated, “Southwest will stop serving peanuts on all flights to protect people with allergies.” What a win for the allergy community!

In the midst of Southwest finally no longer serving peanuts in 2018, the next week, Delta announced they were bringing their peanuts back?! Whomp whomp! What a whirlwind. I took this decision by Delta as an offensive attack on the food allergy community. It’s statistically backed that food and peanut allergies are more common than ever before, so this decision to bring back a top deadly allergen really seems …unethical. As far as I can tell, Delta received a lot of backlash but never retracted their decision, it looks like on their website as of March 2021, it says they will refrain from passing them out if they are notified of a peanut allergy. Here is an article on what happened with Delta in 2018.

I found this 2018 Travel Market Report article detailing the nut policies for each airline, and love these types of resources! Back when Southwest and Delta were making these decisions/announcements, I expelled a lot of energy writing them both as soon as I heard the news, to let Southwest know my excitement and appreciation, and to let Delta know my disappointment and that there’s no reason to bring peanuts back on all Delta flights, or any nut for that matter! Even with this SW decision happening years ago, I still urge everyone reading this to take a moment and THANK Southwest for their action of removing peanuts. I can see online that they are still getting a lot of negative feedback, so I like to remind them that the action is deeply appreciated. In general, if I am deeply impacted by something in a positive way, I try to show my appreciation in dollars if possible, by utilizing/buying a service or product, and if I can’t, at least by sending an email giving my thanks. So often I think we take things for granted, and we have to support what we want to stick around. I also am a big believer in speaking up if you see something you want changed, so in this example, write Delta and let them know you want deadly allergens like nuts removed from their airlines.

In response to all the negative comments around peanuts and nuts not being allowed on flights, or served as a free snack, here’s all I have to say:

The short amount of time people are inconvenienced that their favorite snack isn’t allowed is nothing compared to living with a life threatening food allergy. You won’t die without the specific snack, but others could die from it being present. You can’t make everyone happy, and it’s not about happiness, it’s about safety.

I work hard to have empathy and try to meet others where they’re coming from and acknowledge that everyone has their hardships, but I have had some really testing and shocking conversations when trying to get accommodated on airplanes and asking for no peanuts to be served. I always call weeks in advance before my flight to let them know about my allergy so they have time to pull it from the flight and replace it with a snack not containing peanuts. I also ask to pre-board so I can let the flight crew know where I’m sitting, tell them I have 4 epi-pens in my purse, and so I can wipe my seat down and pass out the paper slips into the seats around me. Even the pretzels Southwest now serves are made in a facility with peanuts, it says it on the package, so it’s not like I’m asking to even be provided with a snack I can eat. I think most people with severe food allergies already are used to bringing snacks for themselves places and not being accommodated in that way, unfortunately it is often too complicated of an ask with our food labeling laws not being adequate.

When it comes to airlines, passengers can still eat peanuts on the flight, which is why I wear a mask to help protect myself from the particles in the air from igniting a reaction. I usually let the few rows around me know about my allergy and politely ask they refrain from eating peanut products on my own (without the permission of the airline). I’ll either do this verbally or with pieces of paper I’ve printed and I’ll pre-board and then leave those slips of paper in the seats around me. A few times, mostly when abroad, the airline has made an announcement that someone on the flight has a severe peanut allergy and to please refrain from eating anything with peanuts they brought on, and I absolutely love it when the crew says they will make an announcement on my behalf! My ask is always the same, for them to not serve peanut products, and to make an announcement that there’s a peanut allergy on board and that people refrain from eating any peanut products they brought on. Normally the first thing happens, there have been times when it didn’t which I will skip getting into here, but typically it’s rare that my second ask happens. It’s completely up to the flight crew that day – that random crew holds too much power.

It seems so often people traveling and angry about not being able to eat their peanuts or almonds have lost sight of the goal. The main objective is to travel from point A to point B, right? So then why if there is even a 1% chance that someone on the plane may have a severe reaction and die or need to be emergency landed due to a food preference, something completely avoidable, do people take that chance? I appreciate Southwest airlines for this step in the right direction, but the fact is, it still isn’t the ideal situation, but it is a great improvement. I wish there were a standardized process to make an announcement to the flight each time someone with a food allergy is on board. This is something I could make clear to airlines I travel with as well, and email them about every so often. I think there’s a lot of power of speaking it into existence, and giving it as feedback regularly.

Advocate – Give Airlines Your Feedback

You can write Delta here.

Additionally, the No Nut Traveler, a website dedicated to food allergies, has a tab on their site where you can share your own food allergy airline story. The stories are tracked, because as the No Nut Traveler explains, “if we don’t record our testimonials of traveling with a food allergy, it’s as if they never happened” and I fully agree! I’ve submitted my airline horror stories here in hopes they will create positive changes for the future.

You can email or call American Airlines here. I’ve never had a good experience with my food allergy on their airline, to my knowledge they still serve nuts in first class and they’ve never honored any type of accommodations for me. I avoid their airline at all costs, and it stinks because often they have the least expensive flights.

United Airlines is similar to American, if you want to contact here’s their form. I avoid them if I can, since they do not offer accommodations, which is outlined in the same 2018 Travel Market Report article I linked above.

As I’m typing, it is reminding me how ridiculous it is that major airlines can just decide they won’t accommodate a life-threatening disability, isn’t it? I would love to figure out how this is legal! It’s so hypocritical since all these airlines state on their sites something along the lines of, “Our goal is to make every flight a positive experience for our customers.” Which is completely untrue, yet that is what United has on posted their site.

Overall, these above are the major airlines I’ve flown with. I have had a few instances a long time ago where I’ve flown on smaller airplanes and been accommodated somewhat either with a buffer-zone, pre-boarding so I can wipe my seat and area, or by pulling peanut snacks from my flight. Overall, I’ve had much better success with traveling by air abroad in Europe. I assume it’s linked to the fact that they have more strict food labeling laws for allergens!